The 5 Most Critical Leadership Skills Needed in 2020

Photo by Lukas on Pexels.com

The Ken Blanchard Companies recently unveiled the results of their 2020 HR Learning and Talent Development Trends Survey. Over 800 Learning and Development professionals participated in the survey, comprising a wide cross-section of roles, age, and level of responsibility in organizations. Respondents were asked to identify the most critical leadership skills needed in their organization. The top five skills identified, in order, were:

Listening—Often taken for granted, listening is one of the most underrated yet powerful skills a leader can possess. When I conduct training sessions and ask participants to describe their ‘best boss’ to me, they frequently mention their best boss was a great listener. They describe how their leader listened without judgment, didn’t interrupt, asked probing questions to understand, paraphrased what was heard, didn’t multi-task, and was truly present in the conversation. Check out Close Your Mouth and Open Your Ears-4 Tips to Build Trust for some quick help on improving your listening skills.

Coaching—Top-down, autocratic leadership doesn’t fly in the 21st century. Today’s workforce responds to leaders who come along side team members and provide a coaching style of leadership. Leaders who are good coaches know how to build trust and establish positive relationships, collaboratively establish goals and action plans with team members, and partner with them to ensure accountability for results.

Building Trust—Trust is the absolute, without a doubt, most important ingredient for a successful relationship, especially for leaders. Unfortunately, though, most leaders don’t give much thought to trust until it’s been broken, and that’s the worst time to realize its importance. Contrary to popular opinion, trust doesn’t ‘just happen.’ Building Trust is a skill that can be learned and developed, and from my point of view, it’s the most important skill needed for leaders today. A quick glance at the news headlines makes it clear that trust is in a fragile state. Read We Don’t Have a Crisis of Trust – We Have a Crisis of Untrustworthy Leaders.

Creating an engaged workforce—Engagement…the elusive magic elixir that all organizations desire to achieve. Organizations spend over $700 million dollars a year addressing engagement issues, yet the latest statistics from Gallup report that 66% of the workforce is either disengaged or actively disengaged. Research has shown that trust is a vital component in creating a culture of high engagement. Did you know that a worker is 12x more likely to be fully engaged if they trust their leader? One of the most interesting pieces of research I’ve read recently about engagement was highlighted in this article: A Study of Over 19,000 People Reveals the 2 Most Critical Factors of Highly Engaged Employees.

Managing Change—’Change’ has officially been added to the list of things that are inevitable in life (joining the famous ‘death’ and ‘taxes’). In order for organizations to thrive, they need a workforce that has a mindset that views change as an opportunity to learn and grow, rather than being something to fear and resist. The most successful change initiatives are those done with people, not to people. Here are 6 Strategies for Helping Your Team Manage Change.

Would you like to learn more about HR / L&D trends in the year ahead and how they can inform your leadership development planning? Join us for a free webinar! 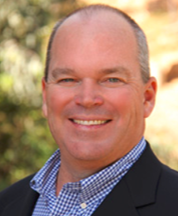 In this webinar, president Scott Blanchard shares an insider’s look into the results of The Ken Blanchard Companies’ 2020 HR / L&D Trend Survey. Blanchard shares top trends from more than 800 survey respondents and provides actionable strategies for leveraging four key takeaways from the data.

Scott Blanchard will also share the five key criteria for developing a sustainable approach to training that maximizes and demonstrates the benefits of your training investment. Don’t miss this opportunity to refine your 2020 planning using the survey data from hundreds of peers in this year’s survey and the experiences of hundreds of additional L&D professionals who will be participating live in this online event.

Trust – Get It Right On The Inside First!

This past week I was interviewed by David Witt for the December edition of Blanchard’s Ignite! newsletter. The article appears below.

Trust as a managerial competency? Yes, says Randy Conley, Trust Practice Leader at The Ken Blanchard Companies®, but only as an outward extension of core beliefs held deeply inside. Otherwise you are just going through the motions, attempting to appear trustworthy instead of being trustworthy.

As Conley explains, “People know who they can trust and it’s based on a variety of signals that they pick up. Managers demonstrate trust in their people by the small things they do on a day-to-day basis. It can range from offering praise, increasing responsibility by giving additional tasks, or increasing an employee’s level of autonomy in their role.

“That’s why any skill development has to be built upon a foundation of authenticity. You have to have it right on the inside first. That’s when these tools work best. They help you identify blind spots that might be holding you back as a leader. But it should never be a substitute for genuinely trusting other people.

“This means the person I am with you in the office and at work is the person that I am at home. It’s an alignment of your values. Basically it’s being who you really are. John Wooden, the famous UCLA basketball coach described it best, ‘Character is what you do when no one is watching.’ There needs to be alignment between who you are at work and who you are outside of work.

“There is a fine line between manipulation and authenticity. That’s the shadow aspect of any model or behavioral prescription. For example, if you just approach it as a set of behaviors to influence people, you’re not going to get the traction and results you want. You have to be careful and not treat it from a public relations or spin perspective.”

How do managers get off track?

Everyone knows that trust is important, so how do so many well-meaning managers get off-track when it comes to building trusting relationships?

According to Conley, trust gets off-track when we forget about people and focus only on the product or the result. We get so wrapped up in meeting deadlines, hitting the numbers, or whatever goals we are pursuing that we forget about the relationship aspect.

Of course, goal accomplishment is vital, Conley reminds us, but it’s important to pursue it as a common goal. It’s a “give to get” process. If we neglect that relationship and the human element of it, trust suffers. That results in direct reports thinking to themselves, “All my boss really cares about is whether I get the work done.” That sets up a transactional relationship where everyone is focused on meeting their own needs. You’ll never get the level of performance that a deep commitment to a common goal will produce.

To reverse the process, Conley recommends asking yourself a key leadership question: “Are you here to serve—or be served?” Trusting relationships begin with leaders who are “others focused” instead of “self focused.”

“You can put whatever label you want on it, but it comes from a deeply held belief that my value and role as a leader is to bring out the best in you. It’s not about me, it’s about you. I think that’s the first and foremost core value that people recognize and respond to.” It’s seeing leadership as a higher calling. It’s a lofty aspiration, but that’s a good thing, according to Conley.

“Leaders would be well served to tap into a greater vision of what leadership is, or could be. It’s a noble profession. When you see it that way you recognize that you have to be a trustworthy individual. There’s no room for not being up-front with people, not being competent, or not being dependable and following through on your commitments. It is about having a different vision about what leadership is and what a leader does.”

The benefits of trust

When trust is present in a work relationship there are several benefits. Both sides understand the relationship and are committed to it. Good trustful relationships also create freedom for failure—within limits of course. We’re not talking about permission to fail continuously without consequences, but you are permitted and have a freedom for risk-taking. There’s a level of maturity and acceptance among the manager and direct report that it’s okay to make mistakes because they’ll be viewed as learning opportunities and a chance for us to grow and deepen our relationship.

Trust also builds an atmosphere of open communication that leads to better and more frequent checking in with each other. There’s also a level of confidence in each other’s ability and dependability.

Conley believes that building trust is the number one leadership competency of the 21st century. But it’s important to remember that it starts on the inside first. In some ways, trust is just an extension of other good management skills and should be woven together with the other things a leader does on a day-to-day basis.

“Trust is a byproduct of all of the other managerial and leadership aspects and activities, duties, and responsibilities that you employ on a day-to-day basis. You become a more trustworthy leader by becoming a better leader.”

Would you like to learn more about trust and its impact on leadership? Then join us for a free webinar!

Trust continues to be identified as a missing ingredient in today’s workplace. Surveys show that only a small percentage of today’s workers agree that they truly trust their leaders. To ensure high levels of organizational performance, leaders need to tackle trust head-on. The key is to learn how to build trusting relationships that bring out the best in people.

In this webinar, Blanchard Trust Practice Leader Randy Conley will show you how leaders can improve the levels of trust in their organization by identifying potential gaps that trip up even the best of leaders.

Participants will learn how to:

Don’t miss this opportunity to learn how to raise the level of trust in your organization by increasing the “trust-ability” of your leaders.